Marisa MacCallum always believed the man of her dreams was out there somewhere. The problem is, he's in another dimension.​After the death of her father, eighteen-year-old Marisa's life is on the verge of imploding. She seeks comfort on her daily ride through the woods of Gold Hill, but when a mysterious lightning storm strikes, she is hurled into the ancient, alternate dimension of Carnelia where she is discovered by the arrogant but attractive nobleman, Ambassador Darian Fiore.

Stranded in a world teeming with monsters, maniacs and medieval knights, Marisa is forced to join Darian on a dangerous mission to negotiate peace with his archenemy, Savino da Roca. Along the way, she sees his softer side and quickly falls in love. But when she learns that Darian is locked into an arranged marriage, her heart shatters.

When Darian's cousin Savino falls for her charms and demands her hand in exchange for peace, Marisa is faced with an impossible choice: marry the enemy of the man she loves or betray them both and become the catalyst for a bloody war.

Cheryl Koevoet was born in a suburb of Portland, Oregon where she lived during her elementary and high school years. After that, she traveled a thousand miles to a sunnier south to study graphic design/communications at Biola University in La Mirada, California.

After a couple of years, she returned to the Pacific Northwest to continue her studies at Portland State University. While vacationing with her family in 1989, Cheryl met a young Dutch officer on board a cruise ship, and they were married three years later. The couple sailed around the world to more than 55 countries, seeing the world and enjoying the multi-culture experience, and in 1994, they settled in The Netherlands to raise their four children near The Hague.

First published in 2013, The Carnelian Legacy was Cheryl's debut novel and its sequel, The Carnelian Tyranny was released in 2014. The third book in the series, The Carnelian Destiny, is scheduled for a 2021 release and her next project is entitled Broken Bloom, about a young woman living in The Netherlands in 1634 during the notorious tulipmania phenomenon.

When she's not writing, Cheryl enjoys reading and connecting with family and friends on social media. 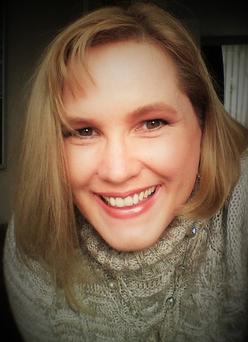 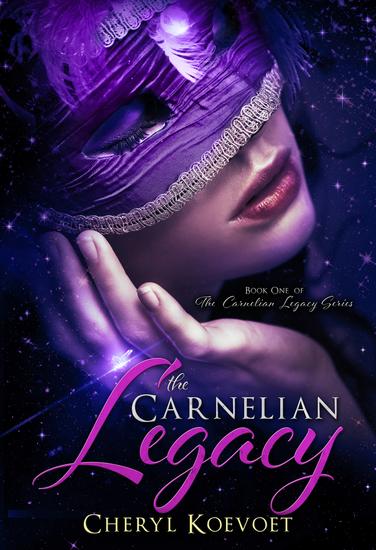 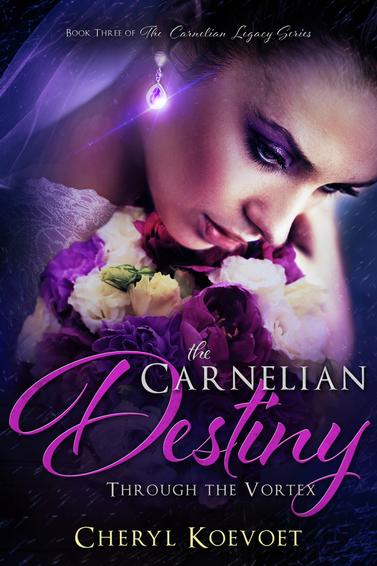 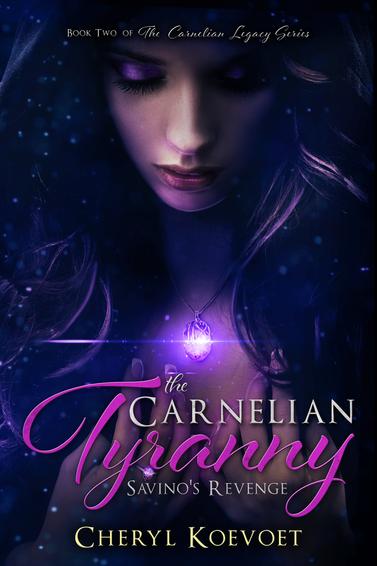 Within just a month of its release, The Carnelian Legacy was ranked #1 on the Amazon list of bestselling Hot New Releases for the Christian Young Adult category. It is an exciting and engaging book series geared toward young adults that is appealing to audiences of all ages with its classic love story, political intrigues and coming-of-age challenges. Filled with adventure, romance and riveting, four-dimensional characters, this best-selling series can best be described as a The Princess Bride-meets-Narnia. It is written from a Christian worldview perspective and carries biblical truths at its core without feeling preachy, making each volume of the saga perfect reading and discussion material for a book club setting.

Three months after her fateful trip through the vortex, Marisa MacCallum is struggling with the responsibilities of being a royal. And with only a few weeks left before her coronation, she begins to have doubts about her engagement to the handsome Darian Fiore. But when palace spies uncover a secret plot to assassinate members of the royal family and eliminate the Crimson Knights, Marisa and Darian are forced to put their plans for the future on hold to prevent Savino da Rocha and his legion of warrior giants from stealing the throne.

After narrowly escaping an attempt on her life, she is left to defend the stronghold of Crocetta while Darian marches to war. But when Savino strikes at the heart of the kingdom with supernatural powers of darkness, Marisa becomes entangled in a spiritual battle with the power to destroy her family and forever end the Fiore dynasty.

The Carnelian Destiny: Through The Vortex

On the eve of the royal wedding, a mysterious missive arrives at the castle, threatening to cast a shadow over Darian and Marisa’s joyful celebration. And as they prepare to embark on the honeymoon trip of a lifetime, dark forces of the Apollyon Order are mustering in the east; calling upon an ancient, evil beast with the power to destroy the stronghold of Crocetta. In danger of losing everything, Marisa and Darian must enlist the help of the Crimson Knights from all over the Carnelian world to defend their kingdom. But this time, it might not be enough.